This week, communities throughout the Commonwealth received natural gas impact fee – Pennsylvania’s natural gas tax – funded grants for key environmental and infrastructure projects. Through the Commonwealth Financing Authority, 115 projects, totaling more than $15.7 million were awarded to counties throughout the state. These funds are in addition to the impact fee dollars that directly benefit each county annually.

Since inception, the impact fee funded program has issued more than 600 grants totaling more than $103 million for projects ranging from stream restorations, trail extensions and new parks. This year’s project announcement come on the heels of the impact fee revenues surpassing $1.2 billion since 2011.

MSC’s Dave Spigelmyer joined KDKA-AM yesterday to talk about how the natural gas impact fee continues to be a winner for communities. Here’s an excerpt from Dave’s interview:

“Part of that impact tax is Commonwealth Finance Authority projects that are funded throughout the state. Here in Allegheny County, we’ve enjoyed close to 40 different projects over the last five years to the tune of about $9.5 million. … It’s been a huge winner. There have been counties that have been able to keep property taxes down, primarily because of the dollars collected from shale operations throughout the region.” (KDKA)

All corners of the Commonwealth received CFA grants this week, with notable projects including: 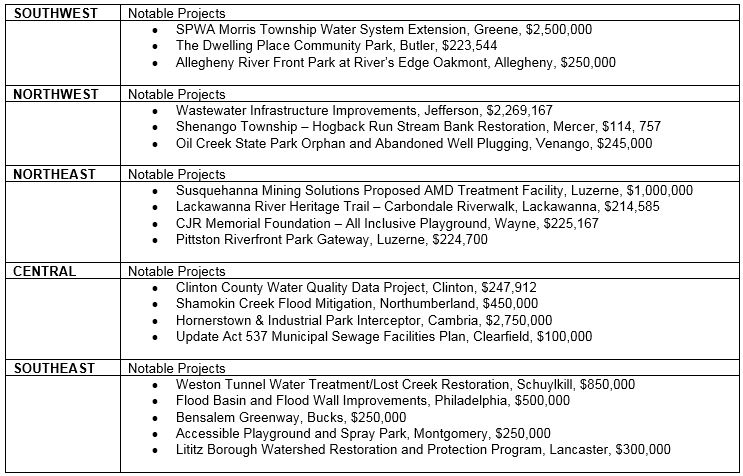 Here’s what they’re saying about the local benefits of natural gas development.