The safe development of clean-burning American natural gas – driven by the Marcellus Shale – continues to shatter records. Our nation’s energy outlook has shifted from a position of scarcity and weakness to one of abundance and strength, providing “an economic boost for local families and communities.”

As former U.S. energy secretaries Spencer Abraham and Bill Richardson write this week, “U.S. shale gas production has tripled since 2009 levels, and America is now the world’s largest producer of natural gas.” And these broad-based and shared economic, environmental and national security benefits are cascading across our region.

Shale impact fees tax revenues will “generate about $220 million annually, with 60 percent going to communities across the state and the rest to environmental programs.” (Tribune-Review, 5/15/14)

“The Municipal Authority of Westmoreland Co. has collected more than $6.2 million in natural gas royalties.” (Tribune-Review, 5/15/14)

These enormous supplies of locally-produced natural gas are also being leveraged to power our economy – literally. Construction of new natural gas-fired power plants across the Commonwealth – and the nation – are on the upswing.

And yesterday, a ceremony was held in Bradford County at the site of a new 829-megawatt combined-cycle “Liberty” generating station, “the first power plant deliberately sited in the heart of the Marcellus Shale to take advantage of low natural gas prices and transportation costs.” 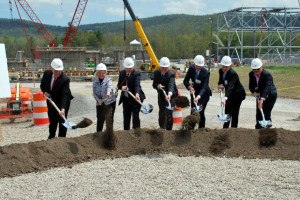 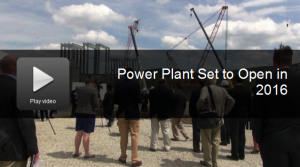