Prior to drilling, gas producers study the specific geologic conditions beneath the ground, and whether it has the potential to produce natural gas. Geophysicists use both two- and three-dimensional seismic testing approaches to learn about unconventional rock formations such as the Marcellus and Utica Shale.

Seismic trucks are used to generate geologic images, sending waves into subsurface rock formations thousands of feet below ground that are reflected back to the surface and received by microphones or geophones that are strategically embedded in the ground and on the earth’s surface. Geophones translate the vibrations received from the ground into electrical signals, which are transmitted to a recording truck that logs the acquired data to be processed on a computer.

Three-dimension seismic testing, a more advanced tool, involves the placement of small charges into holes approximately 20 feet in depth on a grid and firing those charges in a timed sequence. Geophone instruments record the data generated by the test, showing three-dimensional images of the rock formations, including the target formation. By providing data about the location and thickness of the shale in that area, the three-dimensional seismic image helps geologists increase the probability of a more accurate placement of drilling locations.

However, these images cannot show whether the rocks contain natural gas or other hydrocarbons. That requires the drilling of an exploratory well and analyzing rock cores to determine the viability of a given location. In some cases, after investing millions of dollars in leasing land, seismic mapping and drilling an exploratory well, it is determined that the well cannot produce economically recoverable quantities of natural gas. 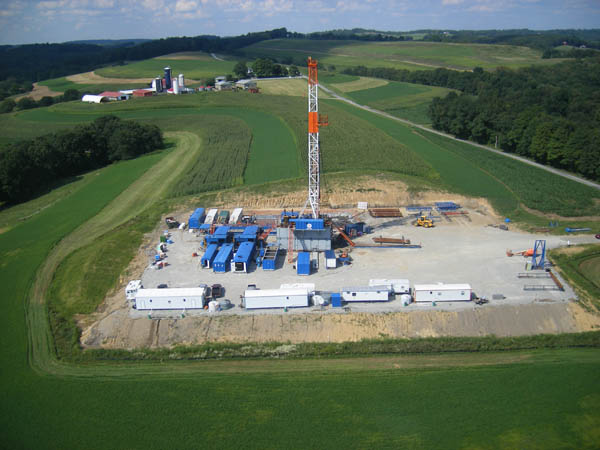