Safe, responsible natural gas development has little to no impact on water quality in Pennsylvania, according to two recently released academic studies.

A peer-reviewed study conducted by a team of geoscientists and computer scientists at Penn State University found that fracking is not a major threat to groundwater – and, in fact, identified “an overall trend of improving water quality” in Bradford County, one of Pennsylvania’s top natural gas producing counties.

Meanwhile, a team of Yale University experts released an analysis of ground water samples near shale wells in Susquehanna County, concluding that “groundwater impacts arising from the process of hydraulic fracturing were not detected.”

As the Associated Press reports: “Two new studies that looked at groundwater chemistry did not find much of an impact from horizontal drilling and hydraulic fracturing — or fracking — the techniques that allow energy companies to extract huge volumes of oil and gas from shale rock deep underground.”

These latest independent, objective studies come on the heels of a recent multi-year University of Cincinnati study, published in May 2018, which also found no evidence of groundwater contamination from fracking in Ohio.

“Like so many others, these studies reflect our industry’s deep commitment to environmental and groundwater protection. Through common sense regulations, best practices and continuously improving technologies, responsible American natural gas production is creating good-paying local jobs and strengthening our economy while improving our environment as well as public health in the communities where we operate.”

Here are the key takeaways from the PSU and Yale University studies:

Click HERE to learn more about the MSC’s adopted recommended practices that help ensure groundwater protection. And share the below infographic detailing the typical depth of an average Marcellus well and the layers of casing and cement used to protect groundwater. 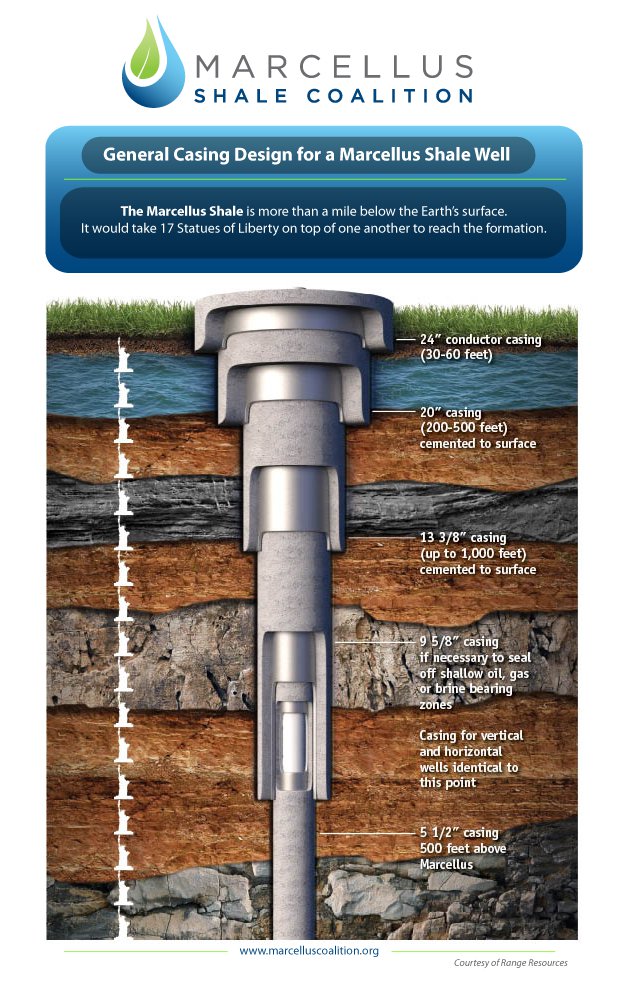