With 11 new critical interstate pipeline projects brought online in 2016 and another 25 under development or scheduled for completion this year – according to a new report from the federal Energy Information Administration – our region is making important progress on getting the needed pipeline infrastructure in place to move more clean-burning, Pennsylvania-produced natural gas to market.

This continued growth and investment in infrastructure– which Pa. voters widely support – are good news for consumers, manufacturers and power generators throughout the Commonwealth.

As MSC’s Dave Spigelmyer said on radio this week, we’re writing “a birth announcement for Pennsylvania manufacturing with the most affordable energy supplies on the planet being developed right here in our backyard.”

One example of that new manufacturing opportunity is the Beaver County ethane cracker project, which the North America’s Building Trades Unions hailed for “having a long-term impact on the national economy.” It’s one of up to three petrochemical plants planned for the region.

From the Pittsburgh Business Times:

“You’re talking about thousands of jobs in those three facilities,” Sean McGarvey, president of the union said. Shell has said that the years long construction process for the Potter Township plant would involve 6,000 construction workers and create around 600 permanent jobs for running the plant. “That’s where the long-term, really, really deep economic impact … happens,” McGarvey said.

Commercial fleets and public transit buses are being converted to natural gas, too. Waste Management recently celebrated the opening of its 100th natural gas fueling station and operation of 6,000 natural gas trucks. And Amtran, Altoona’s public transit authority, is working to acquire 12 new CNG buses to replace its 40-year-old fleet.

Pennsylvanians are realizing significant benefits from the production and transportation of our abundant natural gas resources, but there’s still a great deal of work left to be done.

Improving the region’s energy infrastructure is one important path to strengthening Pa.’s competitiveness. But it’s equally critical to secure pro-growth policies and regulatory certainty from Harrisburg. In fact, the trifecta of energy tax increases being considered by the Pa. House will result in a “reduction in capital spending here,” MSC’s Spigelmyer told WNEP-TV. “You will have a reduction in jobs being developed here.” 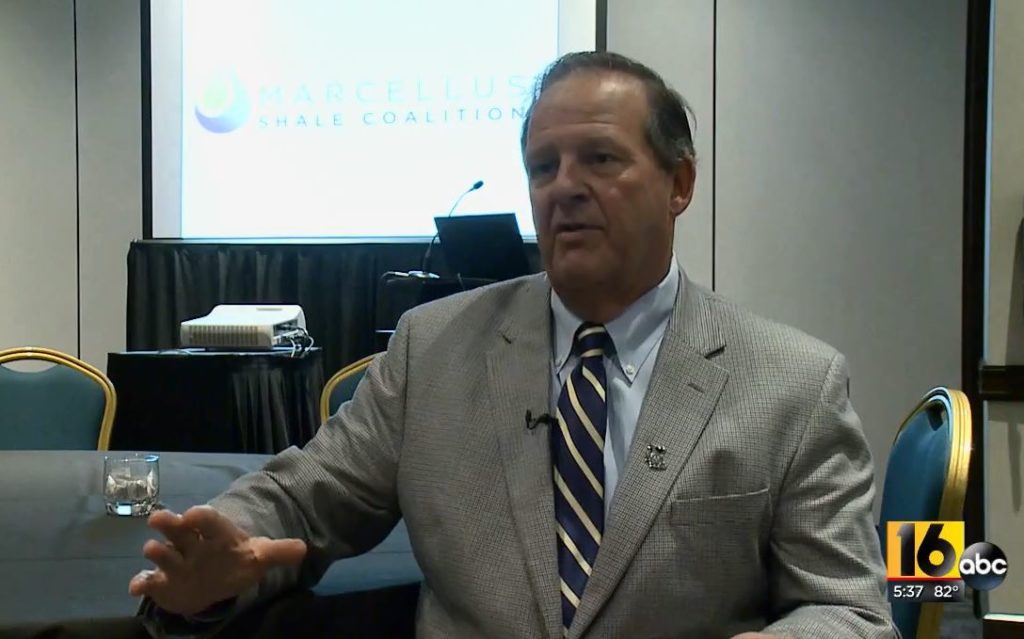 “Now, we’re going to pancake a tax on top of that tax and a tax on top of that for hitting downstream users of natural gas. I think we give away our competitive advantage to use that most affordable energy on the planet to grow manufacturing jobs and new commercial jobs here in Pennsylvania.”

Join the conversation on social media by following @MarcellusGas on Twitter, liking the MSC on Facebook, and visiting our blog.