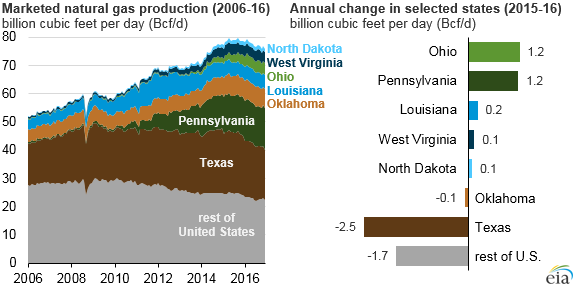 With Pennsylvania at the tip of the spear of America’s energy revolution, it’s imperative that critical energy infrastructure projects are approved, constructed, and brought online. In fact, a new U.S. Chamber of Commerce economic analysis, “What if Pipelines Aren’t Built into the Northeast,” demonstrates the clear need for modern infrastructure to deliver Pa.-produced energy to local and regional consumers.

According to the Chamber’s analysis, blocking infrastructure access to the Northeast– as NY Gov. Cuomo’s administration continues to do – will cost nearly 22,000 Pennsylvania jobs and more than $2 billion in economic activity. As the U.S. Chamber’s Karen Harbert said:

“Environmental groups seeking to ‘keep it in the ground’ are fighting to block virtually every project that would bring additional natural gas into in the northeast. As a result, residents in the northeast are paying the highest electricity rates in the continental United States, with no relief in sight if infrastructure is not built. High energy prices are costing the region jobs and income, so maintaining the status quo will be painful.”

Maintaining lower energy prices driven by the shale revolution make U.S. manufacturing more competitive in the global market, research has shown. It’s also helping to boost America’s geopolitical standing among allies across the globe. To reduce its energy dependence on Russia, Poland announced a new partnership with the United States to important American liquefied natural gas. According to the Associated Press, this historic move could open more opportunities for “U.S. gas in northern Europe.”

Here’s what they’re saying about the opportunities natural gas is generating:

Join the conversation on social media by following #NatGasWorks on Twitter, liking us on Facebook, and visiting our blog.

Filed Under: Blog
Tagged With: EIA, Marcellus Shale Coalition, US Chamber of Commerce