‘Game-Changer’; ‘Renaissance’; ‘Thrilling’ – some of the terms used to describe Shell’s $6 billion commitment to build an ethane cracker plant in western Pennsylvania. This facility, projected to be operational in early 2020, will rely on locally-produced natural gas and create nearly 6,000 construction – many of them for our region’s building trades union members – and 600 permanent, good-paying jobs.

As MSC’s David Spigelmyer underscored, “this investment also reflects that fact that domestic manufacturing’s potential is near limitless thanks to our abundant and stable energy supplies from natural gas.”

Here’s what they’re saying about the Shell cracker plant: 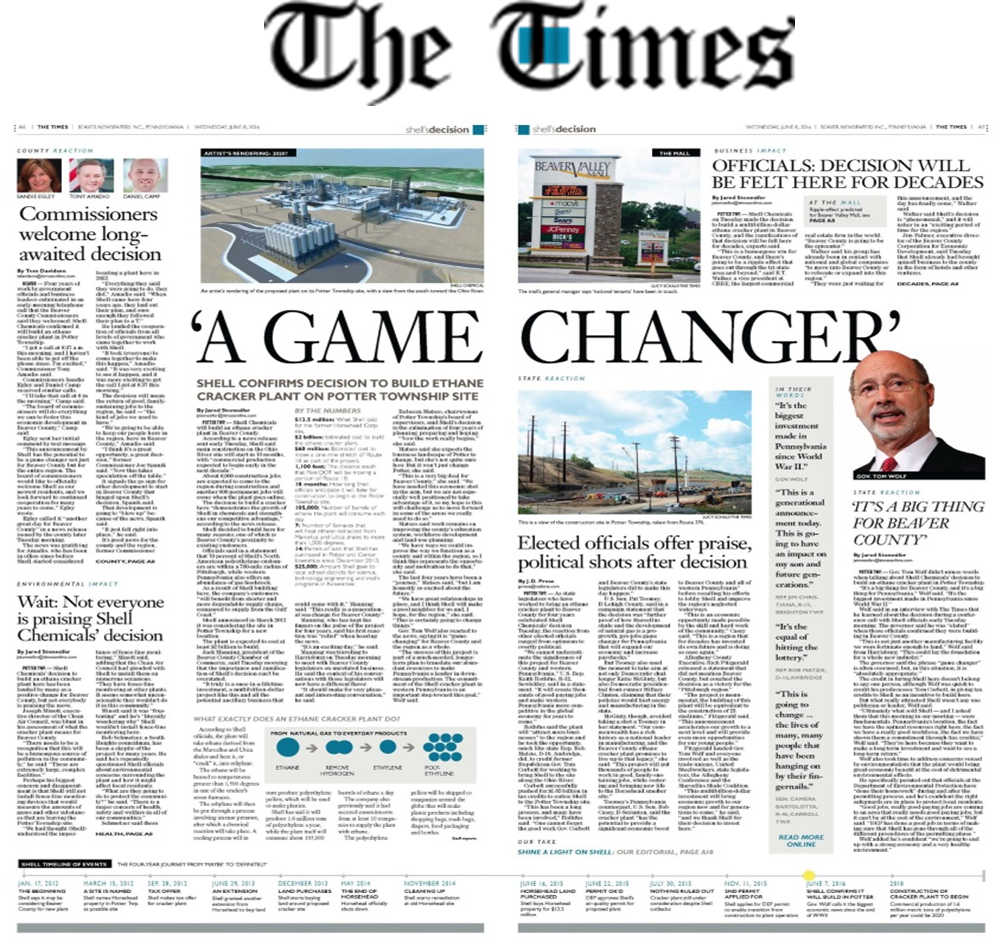 The plant’s location is ideal because the region is loaded with the gas wells that will feed it, and because 70 percent of Shell’s polyethylene customers are within 700 miles of the plant, the company said. … Rich Fitzgerald, chief executive in neighboring Allegheny Co. said the plan for the plant is equivalent to building 25 sports stadiums. “What a thrilling announcement today for our region,” Fitzgerald said. (6/7/16)

“Shell’s decision to move forward with this world-class facility, which will put thousands to work across our region through utilizing clean-burning domestic natural gas for decades to come, is welcomed news, especially given the challenging market conditions,” MSC President David Spigelmyer said. (6/7/16)

“Shell to Go Ahead with Petrochemical Plant in Pa.”

The plant is expected to create 6,000 construction jobs and 600 permanent jobs and draw chemical companies and other manufacturers to the region. … The news was welcome in a state that has been hard hit by low energy prices. (6/7/16)

“Let’s Get Cracking: The New Shell Complex in Beaver is a Great Boon”

“Shell’s decision to proceed with a multibillion-dollar ethane cracker complex offers the promise of real change for Beaver Co. At its peak, construction will generate as many as 6,000 jobs — the biggest opportunity for the building trades in decades. When completed, the complex will employ about 600 people on a permanent basis and give the county an important role in the energy revolution.” (Editorial, 6/9/16)

“The Cracker Plant: A New Renaissance?”

“In the largest industrial investment in the region in decades, Shell says it will begin construction on the sprawling facility within 18 months. … The ramifications are wide-ranging and could spell a manufacturing renaissance not only in Western Pa. but in Eastern Ohio and Northern West Virginia.” (Editorial, 6/9/16)

“The Shell announcement was wonderful news for the Northern Panhandle and East Ohio – quite possibly creating the foundation for a tri-state gas, gas processing and chemicals industry. Pennsylvanians were delighted by the announcement. We, too, have good cause for celebration.” (Editorial, 6/9/16)

The Steamfitters Local 449 expects the cracker project will need up to 1,700 trained steamfitters for a union with a total membership of only about 1,700. Calling it “a great day for the steamfitters and for the building trade unions of Pittsburgh,” Ken Broadbent, the business manager for the union, noted both the employment need for his membership. (6/8/16)

“The plant will be one of the largest of its kind in North America – the largest single ‘from-the-ground-up’ industrial investment in the Pittsburgh region in a generation – and the first major U.S. project of its type to be built outside the Gulf Coast region in 20 years,” said Dennis Yablonsky, CEO of Allegheny Conference. (6/7/16) 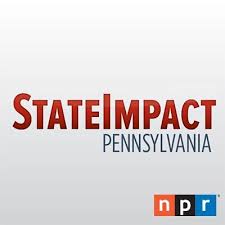 [Brian Anderson, director of WVU’s Energy Institute] also said the simple fact that an industry leader like Shell would choose to invest in the Appalachian Basin following more than a year of depressed natural gas markets sets an example for other companies to follow. … “That tells the rest of the investment world that there is absolutely a good opportunity in the Appalachian Basin to invest in.” (6/7/16)