Thanks to America’s shale energy revolution, the United States remains the world’s largest oil and natural gas producer, according to a new U.S. Energy Information Administration report. Since surpassing Russia in 2011, the U.S. has maintained its number one position in natural gas production with Pennsylvania contributing significantly to America’s enhanced security. 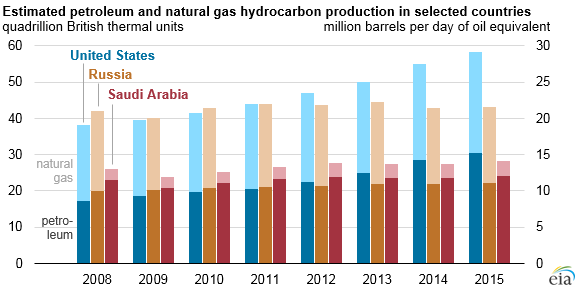 In addition to boosting America’s geopolitical strength, natural gas is energizing manufacturers here at home and delivering savings for families and small businesses throughout the Commonwealth. What’s more, natural gas development supports thousands of jobs – including many for our region’s building trades union members – and creates positive benefits for local communities.

Yet some in Harrisburg continue to pursue even higher energy taxes that will hurt Pennsylvania jobs and small businesses. As MSC’s Dave Spigelmyer told the Pittsburgh Business-Times this week, Pennsylvanians support the state’s current natural gas impact tax  and oppose plans to make Pennsylvania the highest energy taxed state:

“Pennsylvania’s unique natural gas tax, which is in addition to one of the nation’s highest corporate tax rates, is working as designed and is strongly supported by local communities. We hear this every day, as local communities – not Harrisburg – are empowered to put these hundreds of millions in natural gas tax revenues to work as they see best fit.”

Here’s what else they’re saying.

For more shale facts, visit the MSC’s blog and connect with the MSC on Facebook and Twitter.