Thanks to clean-burning natural gas, America is making meaningful environmental gains, while producing the reliable, affordable energy needed to power our economy. This week, MSC president David Spigelmyer took the opinion pages of The Intelligencer to underscore some of these key facts. In a column titled “We can produce energy and still protect the environment,” Spigelmyer writes this: “The U.S. has cut its carbon dioxide emissions more than any other nation, thanks in large part to expanded natural gas use.” 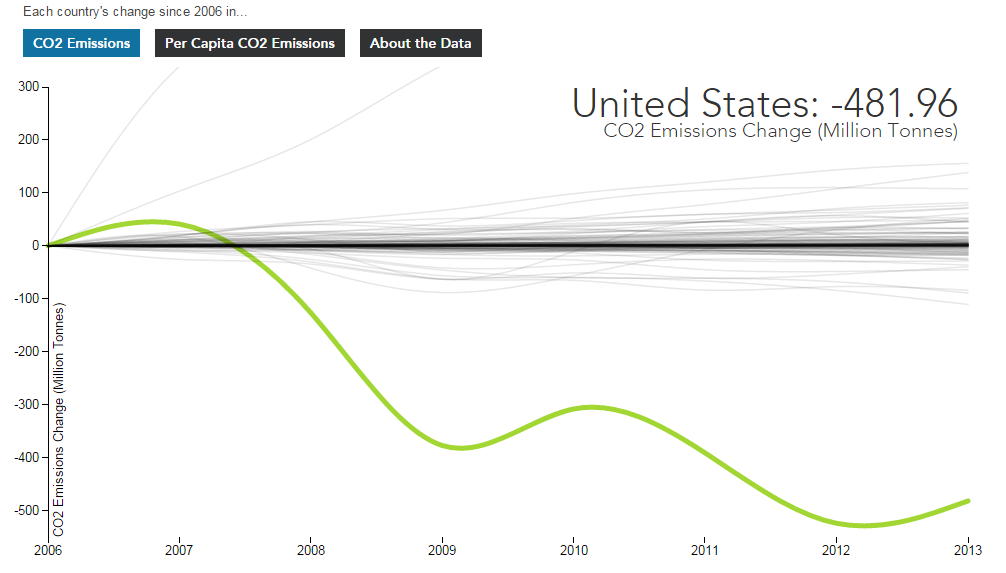 Safe, proven technologies like directional drilling coupled with hydraulic fracturing are making these environmental and economic benefits a reality for our nation and the world.

“Fracking…Contributed to a Reduction in National CO2 Emissions”

“In fact, if we are serious about global warming, we will ignore Mr. Sanders’s sloganeering. When burned, natural gas produces about half the carbon dioxide emissions of coal. The recent fracking boom contributed to a reduction in national carbon dioxide emissions over the past several years, as utilities switched from cheap coal to now-cheaper gas.” (Editorial, 4/18/16)

“Natural gas from fracking [is] significantly reducing U.S. greenhouse gas emissions. … The idea that fracking is too dangerous ignores science and the experience of tens of thousands of fracked wells. A landmark EPA study last year found some cases of groundwater contamination from fracking, but no evidence of widespread problems — proof that fracking can be done safely.” (Editorial, 4/18/16)

“Fracking has allowed America to lead the world in carbon-emissions reduction. … [From 2007 to 2014] the United States reduced its annual emissions of carbon dioxide by 556 million metric tons — nearly four times the next highest country.” (Column, 4/11/16)

“We’ve reduced our carbon emissions more than virtually any other nation in the world. … The primary reason carbon emissions are falling is because of fracking. … Natural gas is a wonder fuel: It is cheap. It is abundant. America has more of it than anyone else — enough to last several hundred years. And it is clean-burning.” (Column, 4/13/16)