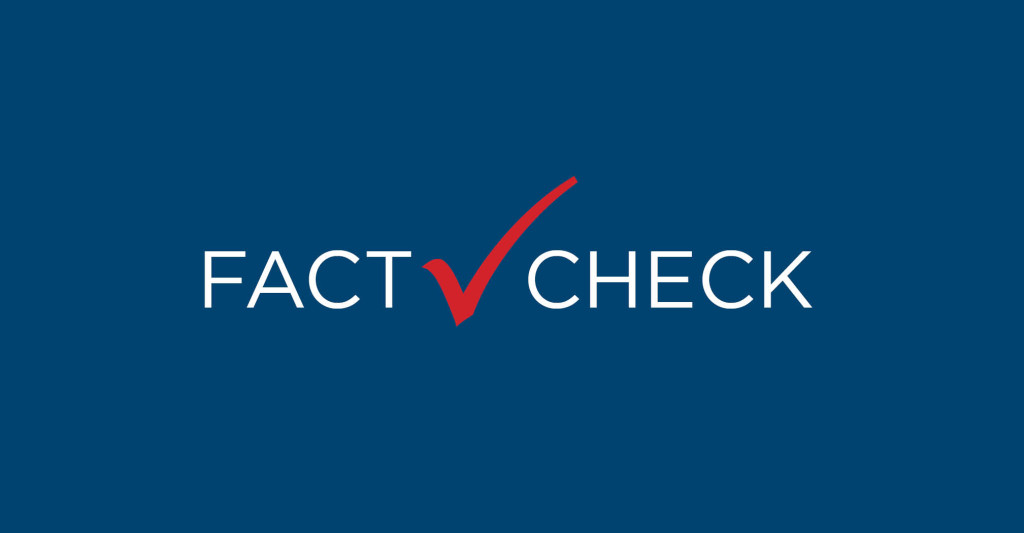 The Patriot-News’ multi-day series on shale development – which launched on Monday – rehashes a handful of old stories and previously debunked claims. The MSC was a participant in this wide ranging series and spoke with the lead reporters Candy Woodall and Wallace McKelvey over the past several months in an effort to provide fact- and science-based information to ensure accurate reporting. Unfortunately, the papers’ first series of articles failed to provide readers with the objective facts that they deserve, and we deemed it necessary to deliver this noticeably missing information.

What follows are key facts and context excluded from the paper’s reporting. As additional series articles post this week, the MSC will continue to update this blog to provide additional facts.

FACT: This claim is absolutely absurd and flies directly in the face of the facts. Patently false and highly-charged accusations like this underscore this series’ deep flaws and inherently biased structure.

FACT: Exhaustive, fact- and science-based reviews by Pa. DEP and EPA – as well as independent experts – found that shale development did not impact drinking water in the Woodlands.

FACT: That’s a true statement, but it only tells a fraction of the broader story. It’s like saying that newspapers that print only three days a week require less ink than those that print daily. Consider that horizontal shale wells dramatically reduce aboveground land disturbance, which is a huge net environmental winner, and further that the water used in the process is overwhelmingly – 90+ percent – recycled and reused thanks to technologies pioneered by Pa. shale producers.

Below are a series of claims and suggestions – along with critical, yet overlooked, facts and context – from the latest stories in the ongoing PennLive series focused on shale development. It’s fitting that today is national “Back to the Future Day” (the White House event got in the action), given that so many of PennLive’s latest assertions are years old and mostly debunked.

CLAIM: In separate articles, PennLive relies on a single and highly-questionable 2011 (again, think “Back to the Future”) study led by then-Duke University professor Rob Jackson suggesting that shale development impacted groundwater quality in northeastern Pa. “[The study] did detect higher levels of ethane, methane and propane in some drinking water wells near drilling sites” and “well sites in the Northeast showed signs of gas migrating underground.” (PennLive, 10/20/15; 10/21/15)

FACT: While shallow methane is naturally present across much of the region (and has been for centuries) and migration can occur, the facts – as confirmed by numerous independent experts, organizations and regulatory bodies – show that the process of hydraulic fracturing has not caused groundwater problems. Relevant context:

CLAIM: “Drillers were permitted to bring wastewater to municipal treatment facilities that weren’t equipped to handle it. That water, full of carcinogens and even radioactive material, then ended up in streams across the region.” (PennLive, 10/21/15)

CLAIM: “This year, Gov. Wolf has tethered his $1 billion education funding proposal to the financial health of the industry via a proposed severance tax on drillers.” (PennLive, 10/20/15)

FACT: Given current market conditions, there couldn’t be a worse time to increase Pennsylvania’s energy taxes, let alone to the nation’s highest rate. Further, the governor’s proposal for even higher energy taxes would not be directed exclusively to fund schools and it is projected to generate far less revenue than claimed.

FACT: While the impact tax on shale development has generated more than $850 million since the bipartisan law was enacted, Act 13 also overhauled and strengthened a number of Pennsylvania’s energy regulations, some of which are of the nation’s most rigorous.

CLAIM: “Another controversial element of Act 13 is the so-called ‘medical gag rule’ that prohibits medical professionals from revealing information about fracking chemicals they receive from drilling companies.” (PennLive, 10/21/15)

FACT: A claim like this demonstrates bias, is leading and premised on one’s opinion which is better suited for the editorial pages rather than the “news” section. That said, it’s entirely common across virtually any industry – be it energy, transportation, healthcare, etc. – for former government employees to apply their subject matter expertise in the private sector, or likewise for private sector citizens to work in government, leveraging their subject matter expertise.

PennLive focuses on several individuals – of the thousands of current and past DEP employees – who may now work as part of the broader energy industry. The paper, however, ignores the clear fact that individuals in the environmental community have worked for various advocacy organizations as well as in top state government positions. In fact, the reporters would be well-served (once again) to read their own newspaper, which reported in 2011 that PennFuture had a “Cozy Deal” with the Rendell Administration.

CLAIM: The paper suggests that former DEP secretary Mike Krancer was an outlier in maintaining tight and proven state-based regulation of shale development and hydraulic fracturing. “[The agency] has disrespected the role of the states, almost on a chronic basis. We, on occasion, had to assert our independence, if you will, and our competence,” Krancer said. (PennLive, 10/20/15)

FACT: Again, PennLive fails to add relevant context, particular that as DEP secretary under Gov. Rendell, John Hanger as well as Gov. Rendell himself have stated that Pennsylvania regulators are best-situated to regulated the industry.

FACT: Workplace safety is the oil and gas industry’s foremost priority. There’s nothing more important than the health and safety of employees, contractors, and local communities.

FACT: While no one doubts the historically low-quality of Loren Kiskadden’s water well (which sits directly under a junkyard), the clear fact remains that four government agencies — including the U.S. EPA, Pa. DEP, U.S. Agency for Toxic Substances and Disease Registry, and the U.S. Department of Health and Human Services —  unanimously concluded that shale development was not the cause. While PennLive based its biased reporting on trial attorney claims of “new evidence,” the facts clearly show that the use of tracers was disclosed to Kiskadden nearly two years ago. What’s more, DEP concluded once again on Nov. 2 that Kiskadden’s water issues are likely a result “from his own scrapping activities, his family’s scrap facility, or other nearby uses.” But why let fact-based data and science get in the way, right PennLive?

Throughout the week, the MSC will continue to fact check the series on this blog and throughout Twitter and Facebook.