Pennsylvanians and Americans “overwhelmingly support” the safe and proven use of hydraulic fracturing to produce clean-burning natural gas, according to a national survey by Robert Morris University’s Polling Institute. 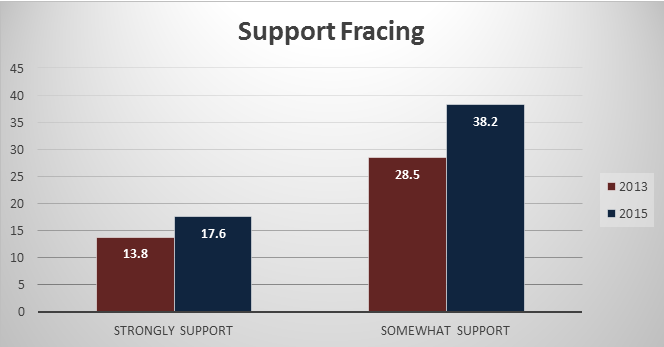 A poll by The Robert Morris University Polling Institute shows 57.1% of Pennsylvanians in support of hydraulic fracturing. … Nationally, the figures showed 55.9% of Americans hold the same view. … Among those surveyed in Pa., 74.3% said fracking has the potential to help the U.S. economy. … Among Pennsylvanians polled, 69.9% said new drilling technologies that allow fracking “will help move the U.S. to energy independence. … The poll was conducted before the release of a recent report by the EPA that found fracking has not had much impact on drinking water. Once again mirroring national results, more Pennsylvanians said they would favor fracking in their own hometowns than the percentage opposed — 48.2% to 43.3%.

Here is what the media is reporting:

Become a United Shale Advocate today and join the thousands of other Pennsylvanians who support new jobs, not even higher energy taxes.