America’s natural gas development is driving down the U.S. trade deficit, creating jobs, improving our GDP and cutting greenhouse gas emissions, according to the White House’s “Economic Report of the President” released Thursday. As the President has said in the past – and underscores in the new report – “our 100-year supply of natural gas is a big factor in drawing jobs back to our shores.”

Many of the Obama Administration’s current and former officials have lauded the benefits of responsible shale development. Here’s what they’ve said:

Here are the key highlights from the economic report: 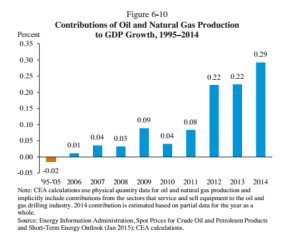