Locally, our region has experienced positive gains tied to shale development. From the creation of 45,000 good-paying union jobs, to the more than 243,000 Pennsylvanians working across the industry, to the $630 million paid in impact fee taxes, shale is a true driver of our economy. In a recent Post-Gazette letter, a local labor leader underscored these benefits, writing: “The middle class in our region is on the rise for the first time in a long time, and the nearly 2,500 steamfitters I represent, and their families, depend on these opportunities associated with this new energy renaissance to maintain a middle-class lifestyle.”

Just yesterday, UGI Corporation announced that it intends to build a $160 million, 35-mile pipeline to deliver abundant supplies of clean-burning shale gas to a planned 1,000 megawatt power plant in Snyder County. The company expects the project will directly create over 800 new jobs. And regional educational institutions, with the help of shale impact tax revenues, are “training local people for employment in the natural gas industry.”

Yet despite the immensely positive local, national, and global impacts we’re experiencing, some policymakers are pushing for higher energy taxes — a move that would undoubtedly stifle job and economic growth and “squander a tremendous opportunity.”

Commenting on yesterday’s Pa. DEP production data, the MSC’s Dave Spigelmyer tells the Tribune-Review that “Reports like this should serve as an important reminder to policymakers that we must continue to pursue solutions aimed at creating new jobs, not higher energy taxes.”

Along with local governments and labor unions, small business owners across Pennsylvania – like Jim Greenley of Greenley’s BBQ and Bill Hampton of Sugar Hollow Water Services — will be especially hard hit by higher energy taxes. 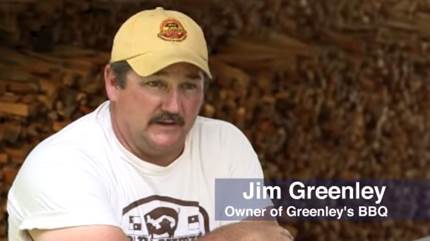 “If people in Harrisburg levy an energy tax, it will be devastating to me, my family, our community, and our state,” Greenley said. “If I could say one thing to the politicians in Harrisburg about the gas tax, ‘Don’t do it.’”
(Click HERE to watch)

“Any new proposed tax on natural gas companies would have a negative effect on not only our business but my family and all the people in this local area,” Hampton said. “I would ask Harrisburg to promote policies that promote job growth, rather than proposing new taxes that make it harder to develop natural gas.”
(Click HERE to watch)

Here’s what they’re saying about Pennsylvania’s record-breaking energy milestone as well as the economic and job security threats posed by higher energy taxes: