Shale Generating Local Careers For Next Generation of Energy Leaders

Shale development continues to be a powerful source of job creation of our nation’s economy. And while the industry is responsible for meaningful employment gains, despite the broader economy’s slow recovery from the Great Recession, a sizable gap between senior oil and natural gas professionals and millennials remains — a gap that our region’s shale industry is proactively addressing through identifying, educating and hiring a new wave of talented energy leaders.

In a Sunday front-page story, the Pittsburgh Tribune-Review looks at what several of the many MSC members are doing to hire locally and support promising energy careers for young professionals: 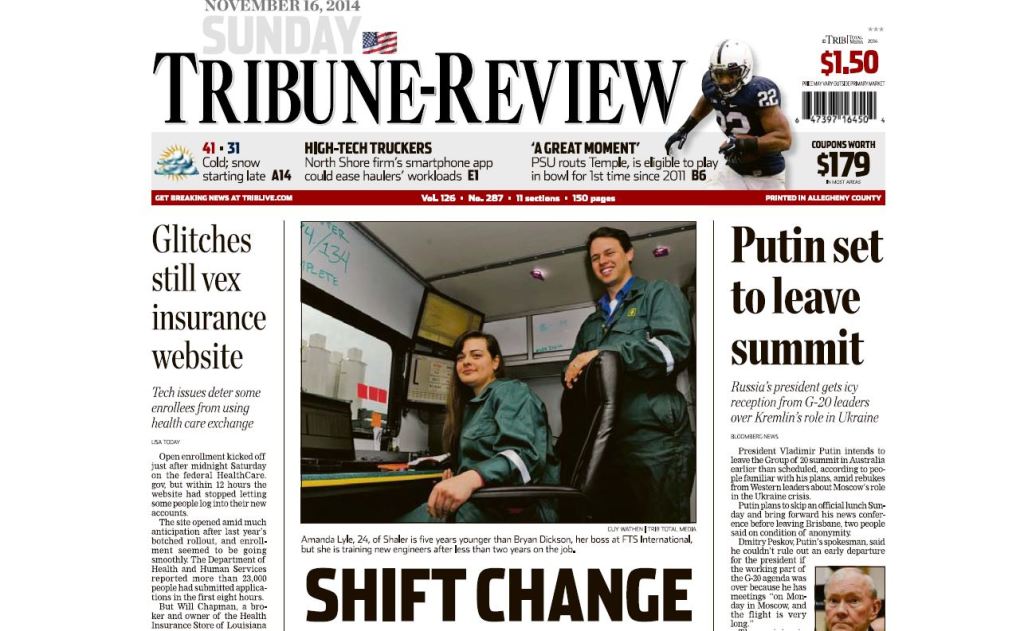 Not only is shale creating good-paying local jobs for tens of thousands of workers across Pennsylvania, along with much-needed tax and fee revenues, cleaner air and more affordable energy for consumers, families and manufacturers, but this game-changing revolution is also dramatically enhancing our nation’s security.

In fact, this week, the U.S. Chamber of Commerce released its annual Index of U.S. Energy Security Risk, which “continues to show positive trends for America’s energy security” all while carbon dioxide emissions fell for the second consecutive year to their “lowest levels since 1994.” And as top McKinsey & Company energy experts underscore in a recent Forbes column, “it’s hard to overstate [the oil & gas industry’s] impact on the U.S. economy.”

This from the Chamber’s press release:

“Much of America’s improved energy security over the past year can be attributed to increased oil and gas development, particularly from unconventional sources,” said Karen Harbert, president and CEO of the Energy Institute. “Given continued geopolitical uncertainty, rising U.S. oil and gas output couldn’t come at a better time, and has helped insulate our nation from instability.

Key findings from the full report: