Pennsylvania’s economy – thanks in large part to job-creating shale development – is on a path toward recovery, with more private sector jobs being created each day:

That’s the good news. Unfortunately – while Pennsylvania voters across the political spectrum reject new energy taxes in favor of jobs and the economic growth tied to natural gas – some policy makers and office seekers are promoting misguided and short-sighted taxes that could undercut this positive progress. 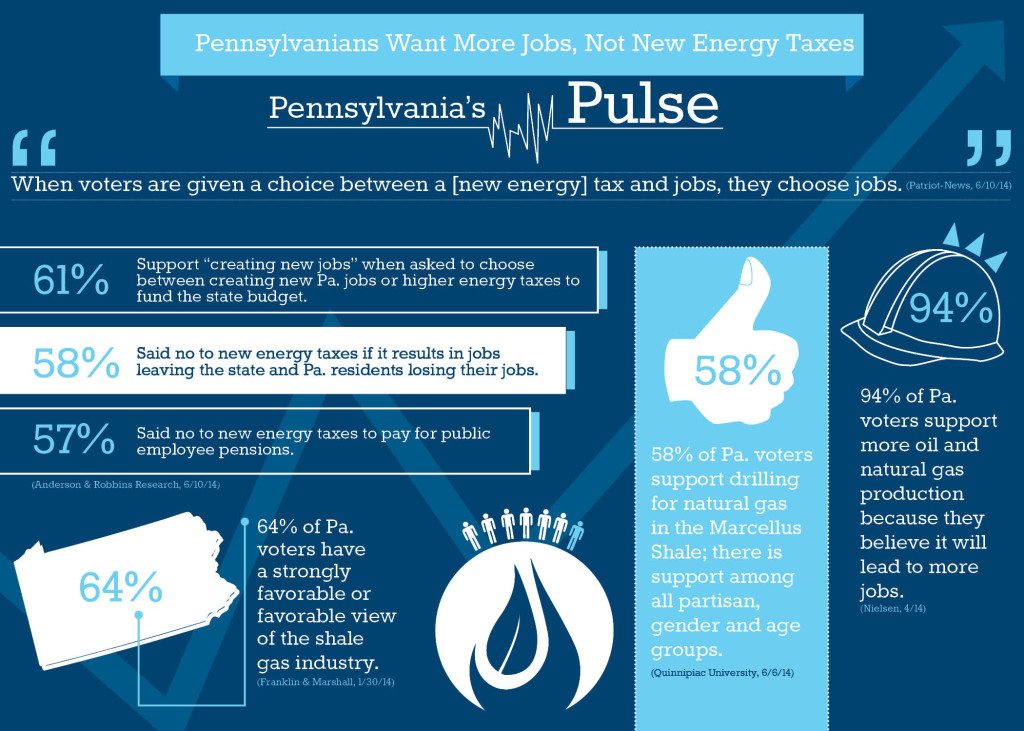 Pennsylvania’s three biggest oil and gas associations, which represent multinational giants, are warning state lawmakers in a letter that raising taxes on the booming Marcellus shale natural gas industry could have economic repercussions.

The letter, obtained Friday by The Associated Press, was signed by the heads of the Associated Petroleum Industries of Pennsylvania, Marcellus Shale Coalition and Pennsylvania Independent Oil & Gas Association.

The trio said the enactment of a severance tax, like other major gas-producing states impose, could make Pennsylvania less competitive and drive the companies to shift crews and rigs to other states.

“The development of the industry is still far from complete,” the letter said. “Further expansive capital investment is needed and a severance tax could stunt the growth of this very promising industry.”

It said, for example, that the natural gas being found in Ohio and West Virginia is rich in liquids that can be processed into other fuels, making it more valuable than the “dry gas” found in much of Pennsylvania.

Here’s what else they’re saying about new job-crushing energy taxes: