Turn the Beat Around

As PA Economy Continues to Slide, Marcellus Shale Helping to Stem the Tide Today — and Build a Path to Prosperity for Tomorrow

The recession has left millions of Americans out of work and in search of new opportunites. According to the U.S. Bureau of Labor Statistics, more than 141,000 jobs have been lost in Pennsylvania over the past 12 months alone. In fact, only seven states in the nation have witnessed a more dramatic decline in employment in the past year.

Unfortunately, recent unemployment figures suggest the current trend has continued in earnest into 2010, with Pennsylvania hemorrhaging 16,000 additional jobs in the month of February alone. In fact, only Virginia and California lost more jobs than Pennsylvania in that span, even as more than 162,000 new jobs were added to the employment rolls nationwide. 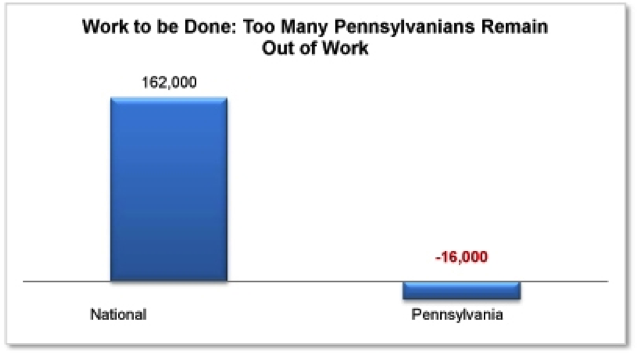 But despite these uncertain times, not all of the economic news is trending bad — and at least one sector of the economy is currently hard at work in generating thousands of high-wage jobs for residents of the Commonwealth. The sector is energy, and the work of responsibly developing Pennsylvania’s clean-burning natural gas resources helped create nearly 50,000 new jobs last year according the Penn State University.

So that’s the good news. The better news? These efforts are anticipated to generate nearly 110,000 jobs here in Pennsylvania in 2010 – all while sending more than a billion dollars in revenue to state and local governments this year. 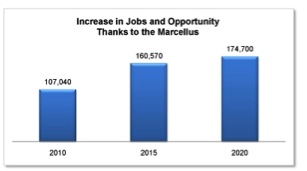